Great Openness and the Third Wave Here in Northern Thailand, it is the hot season and summer time now and the school holidays should have soon been over, but there is a third wave of Covid-19 here, so the school start has been postponed, and we don’t know how long? This applies to both our weekend school and our three children’s schooling.

I know most people are tired of hearing about Covid-19, and we all hope that it will soon be over, so we can start planning things again, and living normally. We are also very much looking forward to that, but we are a bit behind Europe and the States when it comes to vaccination, so possible we have to wait longer?

Just before the new Covid-19 wave hit here in Thailand, we were luckily to be able to have a big and successful Easter party at our weekend school, where we experienced a great openness. There was also a woman who recently wanted to receive Jesus who was at this feast.
This newsletter will be about this, plus some news from us as a family

Remember to subscribe to our newsletter. Use the form under! Mawkkham talks with woman who wanted to receive Jesus

On Tuesday we had a prayer meeting with our staff, and we were a bit discouraged because we are not able to do so much outreach due to the third wave of Covid-19 here in Thailand.
We are unsure when we can start up the ministry for full again, and we must keep our weekend school closed at least until next month.
We talked together about the children and their parents, about the new Christians and how we could reach out to them when things get reopened, and we prayed for them.

In the evening of the same day, one of the parents of the children from our weekend school, who we have started to reach out to, calls and says that she wanted to receive Jesus. She had her birthday the next day and wanted to do it then.
We can not visit her this time, due to the Covid-19 situation, but we got to talk to her a lot and encouraged her, and we said we would come to visit her when the Covid-19 situation gets better. This was a very concrete encouragement for us.
This woman has come regularly to our monthly Sunday evening meetings, and I noticed that she was particularly interested when we had the Easter party in April. 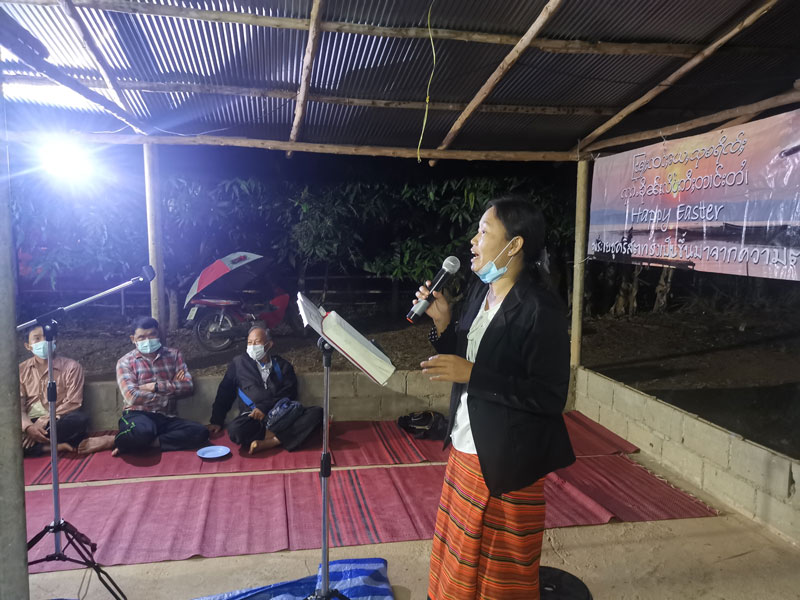 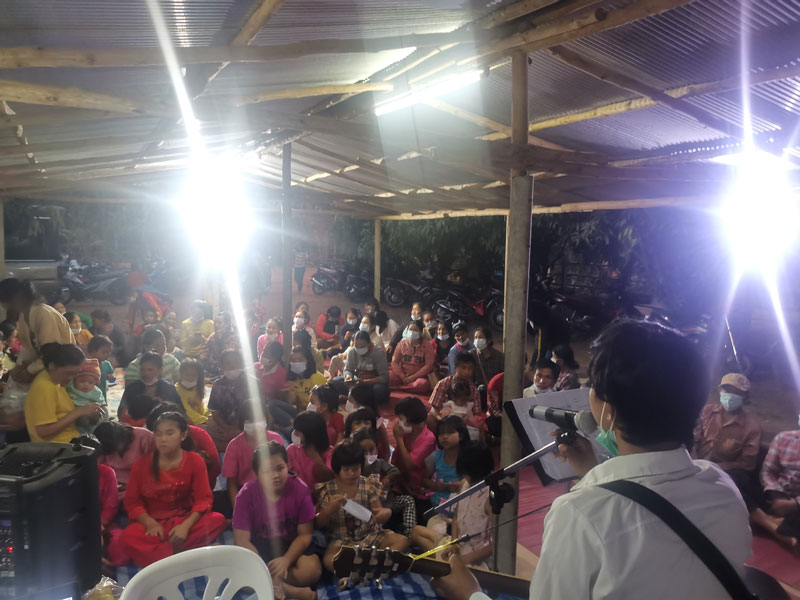 We had a successful Easter celebration, where we reached out to well over 100 people with the message of Easter.

On Easter Sunday we had a program from early morning to late evening. I the morning we had games, where the children, among other things, were to find Easter eggs we had hidden on our land. This was very popular and the kids were thrilled.
In the evening the parents also came, and the children had prepared two dances and songs which they performed. We also showed 15 minutes of the Jesus movie, and explained why we celebrated Easter. 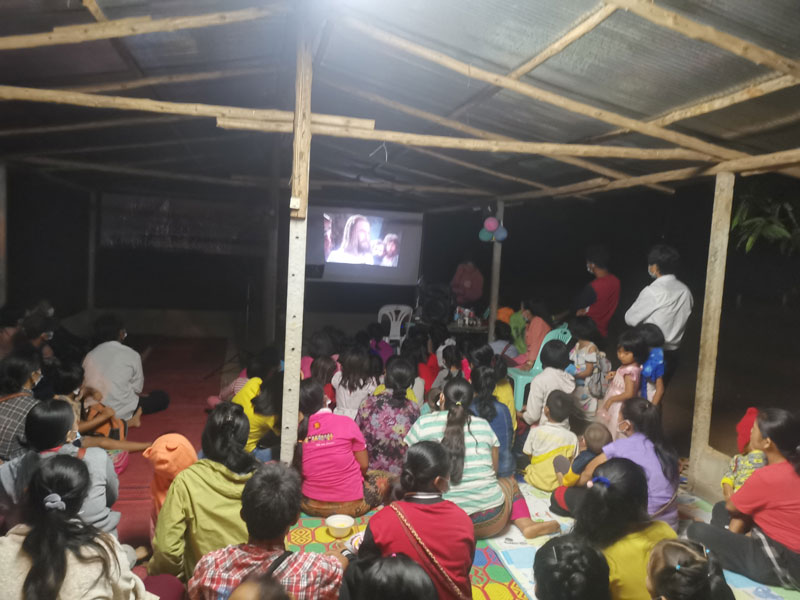 There was great openness among those present and I counted well over 40 people who wanted to be prayed for after the meeting. The woman who wanted to be saved was one of them.
We also gave food both in the morning and in the evening.

We are getting more and more in touch with people, and many people in the village, where we have most of our ministry, know us now.

Use this link: PayPal

We also have a Thai Bank account you can transfer money too. Feel free to contact us for details.

Please feel free to write your name and e.mail address under to receive our newsletter